welcome to
MYSTERIOUS HOLLOW EARTH
I have created this site for anyone to decide whether or not it is worth to investigate further if the theory of the hollow earth stands against the official theory of the earth having gradually from the outer edge to the inside part a silicate solid crust...a highly viscous mantle...a liquid outer core much less viscous than the mantle and finally a solid inner core .
I personally strongly believe that the earth is hollow but under any circumstances am i trying to persuade anyone.

Through this site you have the opportunity to explore both side of the subject and to access breathtaking statements, theories and documents "some in PDF may require a bit of time to be downloaded due to their size, so be  a bit patient..."

I am not a scientist nor an expert in geology but i do have a strong desire to share the knowledge i have acquired through readings and personal search and be reassured that i do not belong to any crazy-sectarian-illuminated-group...being as far as i know, in a good mental health.

I firmly believe that this site has the necessary content to satisfy the most throughout hollow-earth-web-researcher...

It has been set up in a way that it isn`t clustered with too much information on a single page in order to prevent the reader to get lost and bored...and further more, without any personal-none -established-fancy-theories.

Many pictures are displayed (all are direct links) as an introduction to a particular topic and thus as a mean to ease the flow of information, especially for new comers.

I would recommend anyone to view first the videos, then to read the SMOKY GOD, the several Admiral Byrd`s expedition and his diary, the December 1959 Ray Palmer magazine, Steve Currey site and finally ETIDORHPA as displayed on the home page.

I got some pictures on the web as well as stories...my purpose is not to pirate others ideas but to help the constant growing hollow-earth-believers-community on the net to share informations freely and to help spreading the word...

click on the smoky god original book cover
(realeased in 1908 and written by WILLIS GEORGE EMERSON)
to discover the incredible journey of the Norwegian fisherman Olaf Jansen and his father in the hollow earth!
Page 1 - The smoky God - Author's foreword
Page 2 - Olaf Jansen's story
Page 3 - Beyond the north wind
Page 4 - In the under world
Page 5 - Among the ice pack
Page 6 - Conclusion of Olaf Jansen
Page 7 - Author's after word
Click on the link at the bottom of each page to reach the next one as displayed above Note: Supposedly, the flight of Admiral Byrd occured in the Arctic on the 19th of February 1947? However, during February there isn`t any sunlight, since it is winter in the Arctic and perpetual darkness does not provide ideal conditions for a flight to the north pole?... Furthermore, At that time, the admiral Byrd was in the South Pole during the operation "High Jump"? That flight could not occur in February 1947 in the North pole! therefore, either that flight occured in the South pole or in the North during  another time or it is simply boggus...)

The Diary has been  supposedly written the 24 December 1956

Click on Byrd`s picture to make up your own mind Below a picture taken from a video of admiral Byrd during a flight in the South Pole.
It shows tens of square miles of virgin territory covered with lakes, forest
in the midst of  the South Pole !
Click on the picture 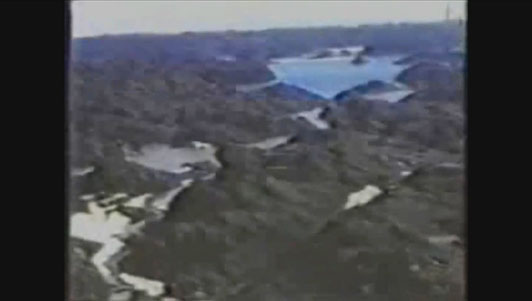 On this site, for the first time on the web! in pdf file, the controversial # 27 of December 1959 Ray Palmer magazine "Flying Saucers"
At the time of distribution, the 5000 copies issued disappeared?however they tried to reprint it and failed to do so...another distributor received 750 copies which disappeared as well, including the distributor!! 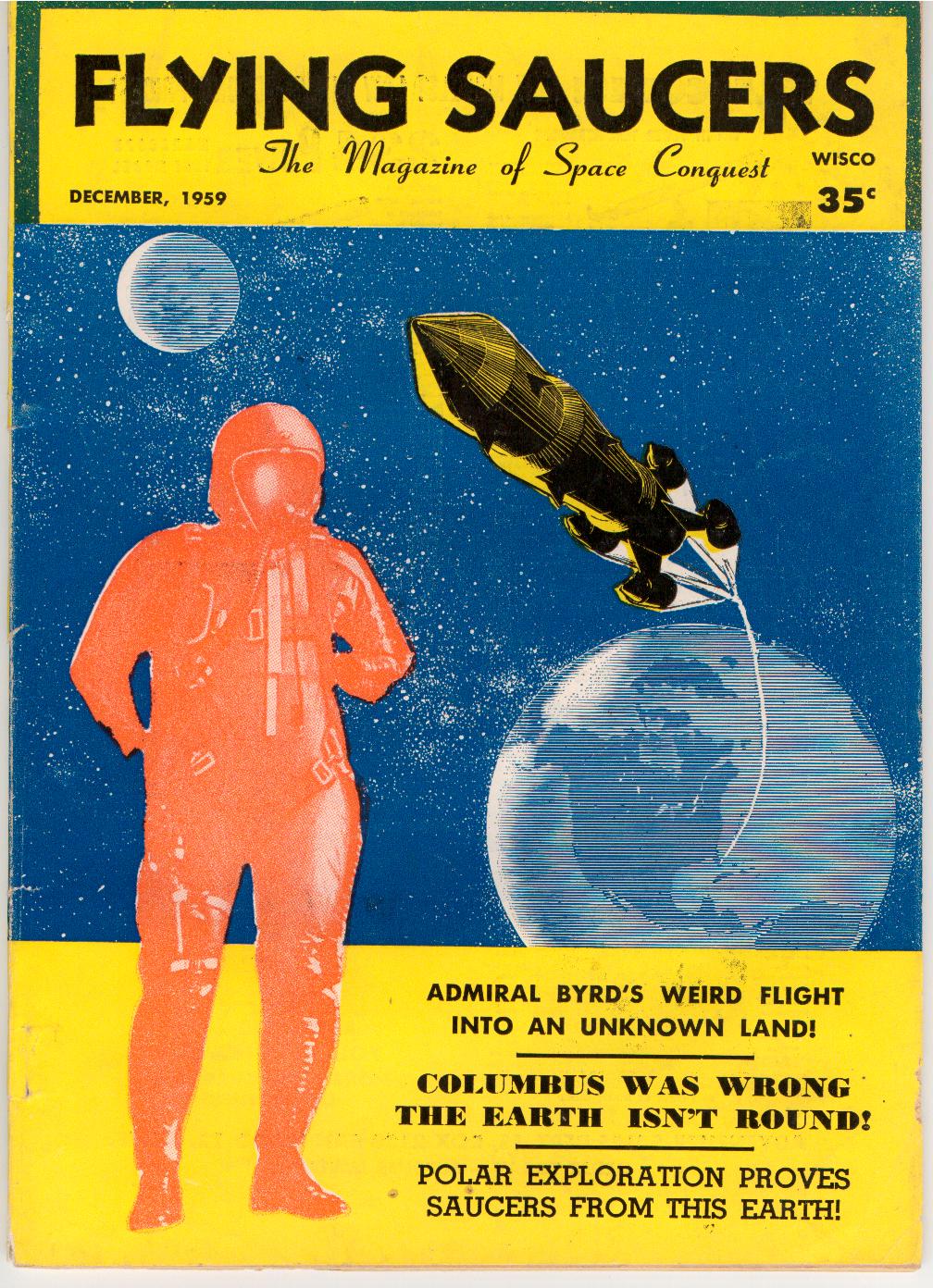 On this site, for the first time on the web! in pdf file, the  # 29 of February 1960 Ray Palmer magazine "Flying Saucers"

Below an excerpt of the # 29 of February 1960 Editorial page 34, in which Ray Palmer explains the challenges they encountered trying desperately to print the December 1959 magazine 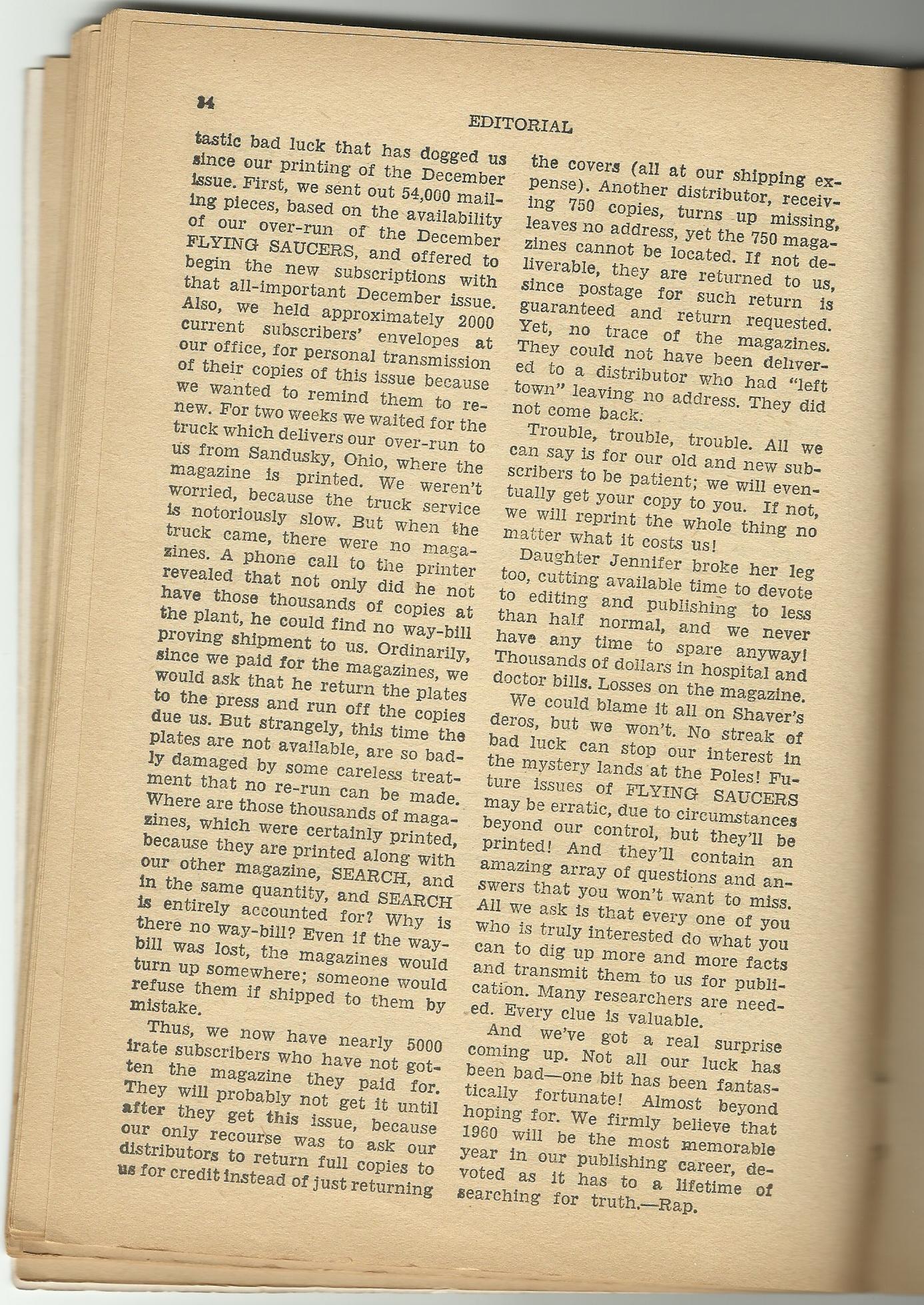 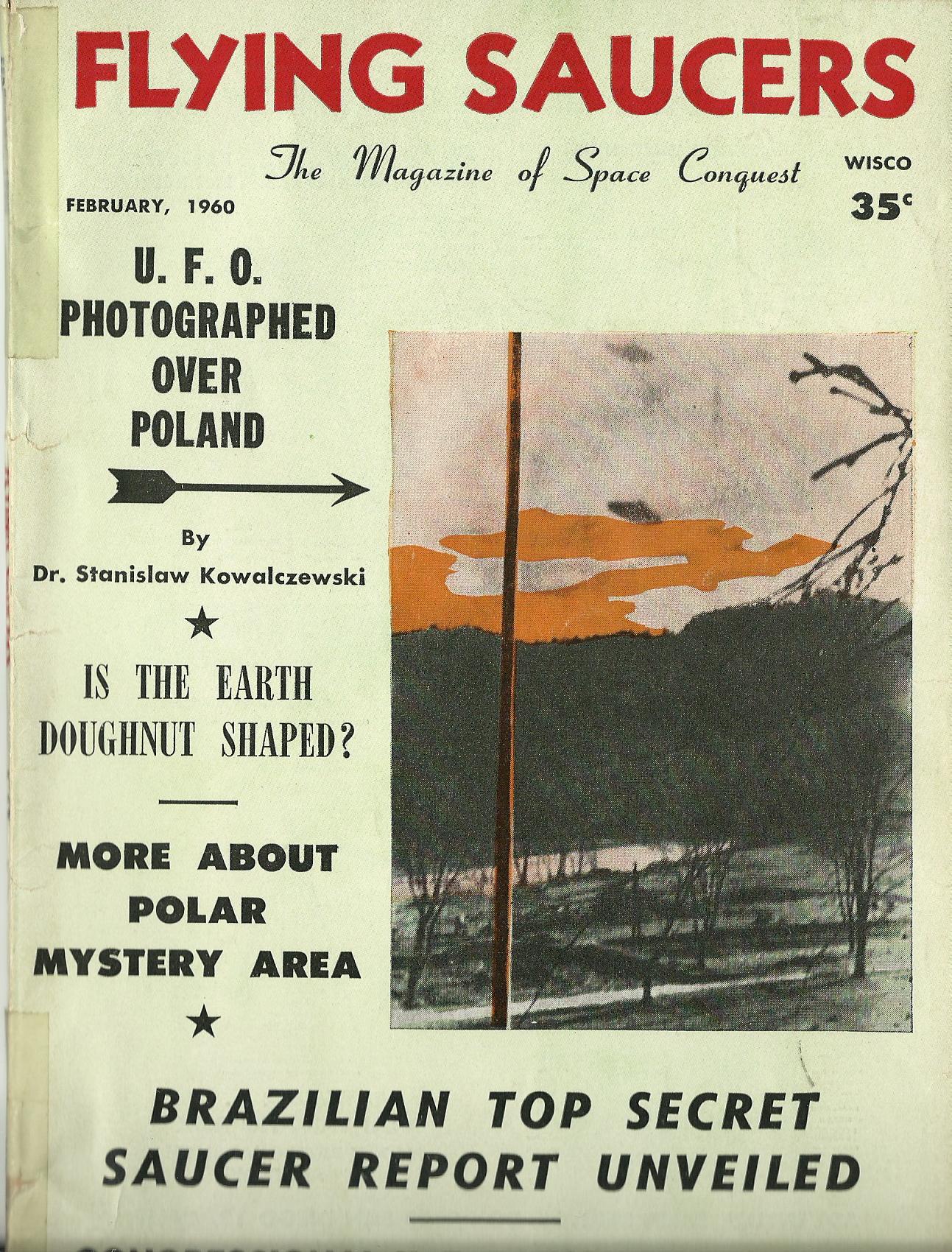 Steve Currey has been trying for several years to start a trip to the hollow earth without any success, unfortunately he has passed away in July 2006 due to a fulminante brain cancer...You can still link to the steve currey site : http://www.voyagehollowearth.com/index.html but i`m afraid that one day it may link to nothing therefore i have set up a pdf file of the Steve Currey site to make it viewable indefinitely on this site "in the case the site is deleted" as a proof that someone mentally healthy, successfull and credible tried for the first time in our known history to organize officially a voyage to the hollow earth. 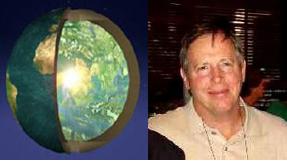 The expedition project has been taken over by the Physicist & earth explorer Brooks A. Agnew
NO MORE EXPEDITION???...No updates since July 2013
Mr Brooks A. Agnew has submitted his resignation as expedition leader for the North Pole inner earth expedition .
Link :  http://www.x2-radio.com/phoenixsciencefoundation/npiee/index.html 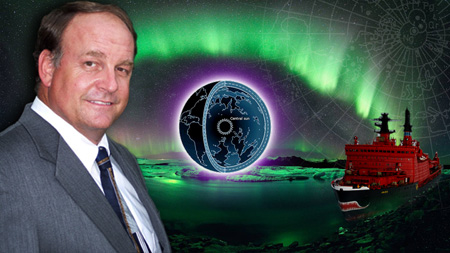 Few Hollow Earth enthusiasts are familiar with the fascinating story of ?I Am The Man?, as it appears on John Uri Lloyd?s book ETIDORHPA.  The original manuscript was allegedly given to a Cincinnati man named Llewellyn Drury by a mysterious being who materialized in his room on a cold November night in the mid-1800s over 30 years before the volume was eventually published by a friend of his, John Uri Lloyd, also of Cincinnati.

This strange being claimed to have formerly been a freemason who had, through some unusual encounter with destiny, undertook a remarkable journey into the center of the earth and eventually into the hollow interior itself, some 800 miles beneath the outer surface of the earth.  This mysterious being handed Llewellyn a large stack of old, yellowed paper, which he learned recorded the fantastic story of this strange visitor known only as ?I Am The Man.?  The story recounted his experiences from his early days as a mortal, and a Mason to his fateful journey into the unknown and eventual transformation into an immortal being.  Llewellyn Drury had promised the visitor that he would hide the manuscript, and as instructed, he would publish the manuscript after an interval of 30 years.  After the agreed upon interval Llewellyn uncovered the manuscript and, evading his responsibility, he gave the manuscript to a friend of his, the author John Uri Lloyd, who, after hearing his story of the visit by the mysterious man, enthusiastically set upon the task at hand.  Also, as the being instructed, he hired an artist, J. Augustus Knapp, to illustrate the volume.

This TRUE STORY (as I believe) in this long lost manuscript transports the reader to another realm filled with magic and wonderment. READ IT? and be overwhelmed by the best ever-published book on the Hollow earth...

you can not read?click here to download the latest version of adobe reader A popular French magazine "Top Secret" edited in 2006 an outstanding special review on the hollow earth if you speak a bit of French you may be able to grasp the content. 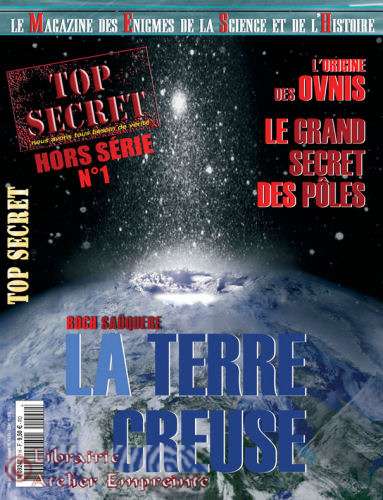